The 5 Best Outboard Motors for Powering Your Aquatic Adventures

From a 3-horsepower electric to Mercury Racing's new 450R, there's a lot happening with outboards. 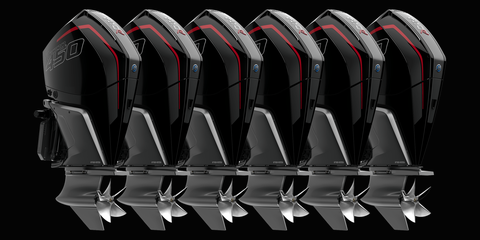 Outboard motors tend to evolve at the pace of the Nile crocodile, which dates to the early Pleistocene and has minimal updates for the 2019 model year. But lately, there's been a lot of action from every major manufacturer—Mercury, Yamaha, Evinrude and Suzuki.

With reliability generally taken for granted by customers (warranties sometimes stretch six years, depending on promotions), the new engines push progress on two fronts: horsepower and efficiency. Since outboards are powering increasingly large boats, there are new options for buyers looking for 350 horsepower and more. And with range and fuel economy always an issue, new designs like the three-cylinder Evinrude E-TEC aim to hit their horsepower and torque numbers while squeezing every drop of fuel as far as it'll go.

And, particularly for low-horsepower outboards, electric power is becoming not only viable but preferable. If you don't need to do 40 mph or push a 30-footer, a small electric model like the Torqueedo Travel 1103C can make a lot of sense—self-contained, quiet and portable.

Here are five outboards that might well give you a reason to repower your boat with something quiet, clean, and new. 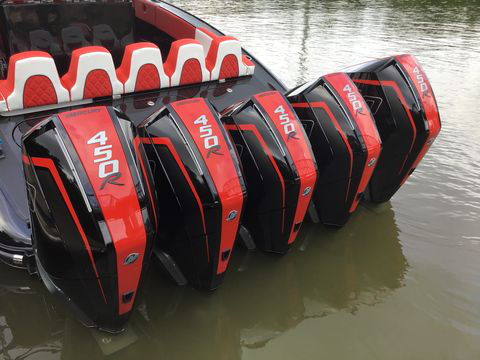 When Mercury introduced its new 4.6-liter V8 Verado last year, we knew it was only a matter of time before they upped the horsepower in a big way. Which they’ve now done with the 450R, which brings a 2.4-liter twin-screw supercharger and an available Sport Master gearcase to the party. The 450R is lightweight—with a 25-inch shaft, the 450R weighs 702 pounds. It’s also available in a 20-inch shaft, which has hilarious high-speed connotations for bass boats.

A three-year warranty indicates that Mercury Racing is confident that the 450R isn’t unduly stressed, despite its top-of-the-food-chain power rating. And that horsepower number is achieved on 89-octane pump gas, so it’s not like you have to trailer your boat over to the local drag strip to fill up on 100-octane race gas. With outboards, total horsepower is limited by what you can physically fit on the back of the boat—if you have a boat with quad 350s and repower with 450Rs, it’s like adding a whole extra engine. 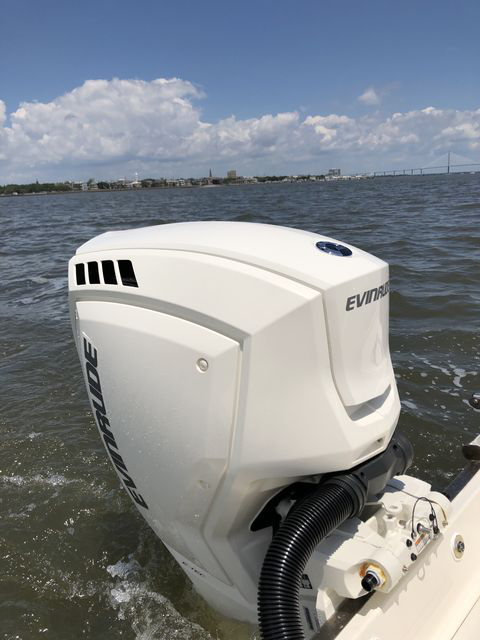 Four-cylinder four-strokes are basically the industry standard in this power category, but Evinrude goes in a decidedly different direction with its new 150 horsepower E-TEC. A 1.9-liter three-cylinder direct-injected two-stroke, the G2 E-TEC foregoes the G1’s V6 architecture (though they still sell that one, too, as well as the V6 G2 150 H.O.) in the name of efficiency. Which it delivers, to the tune of 12 mpg at a fast trolling speed on a 20-foot boat.

A 150 horsepower outboard can be deployed on a wide variety of boats, to the G2 can be controlled via a mechanical steering cable, external hydraulic, integrated power steering and even a tiller. Evinrude estimates that the onboard oil tank under the cowling should be good for 50 to 60 hours of use (a normal boating season for most people) and the maintenance interval is as close to zero-maintence as it gets—every five years or 500 hours. 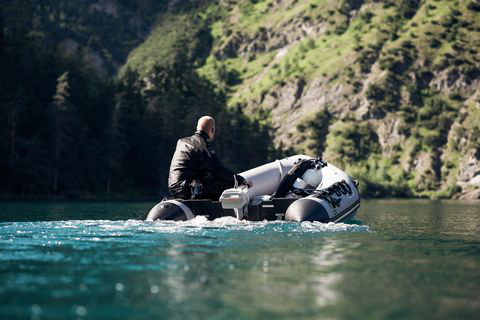 While Torqueedo makes big outboards (up to 80-horsepower equivalent), those Deep Blue motors are aimed strictly at billionaires for their yacht tenders and possibly deep-pocketed folks in the import business who might have a use for a silent Zodiac. So while one of those 80-horse motors and its BMW-developed battery pack will run you more than $50,000, the new Travel 1103C starts at $2,699 and could find a home on any boat that weighs less than about 3,300 pounds.

With an onboard 915 Wh lithium battery, the 1103C can run for six hours at half-throttle, which could mean 18 miles of range (it depends on your boat). Besides dingies and sailboats, the Torqueedo would make an intriguing trolling motor or kicker on a small powerboat—it only makes 33 dB of noise and weighs less than 40 pounds. You can even extend your range by charging it with a solar panel while under way. 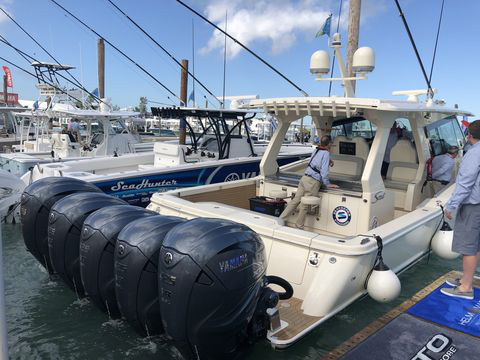 Recent years have seen center consoles stretching beyond 50 feet and battle-wagon express boats moving from diesel power to outboards. So Yamaha built an engine designed for 50-plus foot boats, the 425 horsepower XTO Offshore. A 5.6-liter V8 with direct fuel injection, the XTO is a big fella—with its integrated power steering, it can weigh as much as 999 pounds. But that doesn’t stop some builders from hanging five of them on the stern, a setup that was on display on a Scout at the most recent Miami show.

According to Yamaha’s performance report, quad XTOs will push a 41-foot Regulator center console to 63.7 mph. You could also run a single one of these instead of, say, 200-hp twins—a single XTO on a 25-foot Sportsman topped out at 55 mph and got 2.83 mpg at a 29-mph cruise. 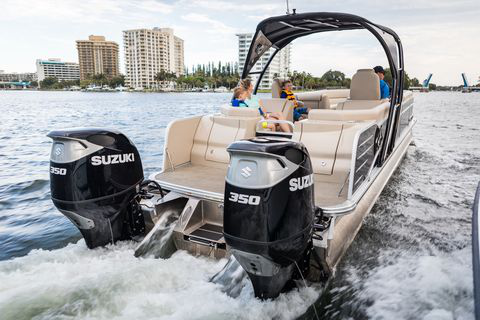 Suzuki is known primarily as a mainstream value brand, but the DF350A shows they’re intent on competing in the high-horsepower game. A big 4.4-liter naturally aspirated V6, the DF350A uses a pair of counter-rotating Stainless Steel Outboard Mercury Boat Props to increase hookup and negate torque effects. That latter point is extra relevant for single-engine boats, where a DF350A could be an economical choice (both fiscally and in terms of efficiency).